Wouldn’t the SAT and ACT be easier, if you could solve every math problem using 4th grade math skills?

Wouldn’t the SAT & ACT be easier if you could solve every math problem using 4th grade math skills?

Here is what you need to know:

Our aim is to create an intellectual platform that your student can rely on through his or her college years (and the rest of his or her life) to delineate between fallacious arguments and sound arguments.

Here is why it matters:

As I watch the news, I am amazed at how much of the reporting contains very flawed logical analysis.  Consider the Ad Populum fallacy (which is an faulty argument in which validity is attempted to be gained by referencing the fact that a majority of people believe the argument to be true).  We see it everywhere but especially in the area of the global warming debate where the argument is often made that  "A consensus of scientists agree that there is man made global warming, so we must act now."  Whether or not man made global warming exists is not settled science, as the opinion of a reported majority does not project truth on a matter.  A similar fallacious argument might be made along these lines:  "80% of our citizens believe in the death penalty, therefore the death penalty is moral."  Back in the day when the Catholic Church held that the Earth was the center of the Universe, they labeled as "heretics" anyone who tried to present easily verifiable proof to the contrary.

When I described the nature of the course to my wife, her thought was, "This sounds like a college course."  ~~~ To which I agreed, but sadly, this type of information is not disseminated to the typical student in  any basic collegiate course curriculum.  It seems more and more that college has become the place where people throw sound reason to the wind, and embrace any notion of things based on feelings and emotions ~ without a regard for Truth.

University of California, Berkeley ~ who made a name for itself in the 60s and 70s for hosting open debates has turned violent towards many ideas that might be "counter" to their belief system, and there have been numerous riots on their campus ~ resulting in the destruction of University and private property.

A college professor stands accused of assault with a deadly weapon for assaulting a student with a bike lock connected to a chain.  The professor while protesting an on campus rally, hit a rally supporter (student) in the head with the lock; nearly killing the student.  Thankfully eye witnesses were able to help police track down the assailant/ professor.

A University in our region decided to cancel "Mexican Food Night in the cafeteria" because a single student was offended by the notion of Mexican Night.  (In other words:  an entire university's meal plan was interrupted by a single person who allowed their feelings to get hurt, or perceived an insult where there was none intended).

I have heard countless tales from parents whose otherwise well balanced children went off to college, and came back after just a semester as radicalized pawns for a cause they could neither justify or express without rage or fury.

There is hope.  In June 2017, the Supreme Court rendered a unanimous verdict in Matel v. Tam (formerly Lee v. Tam)  that the US Patton Office could not deny trademarks because the Office perceived the trademark to be offensive.  In the particular case, a rock band, whose members were all Asian descent, was trying to trademark the name of their band, called "The Slants."  The US Patton office perceived the name to be offensive to Asians (even though a group of Asians was requesting the trademark), and refused to issue the trademark.  The Supreme Court decided unanimously in favor of "The Slants" ~ leveraging the reasoning that Free Speech includes potentially offensive speech.

I believe that this course will position your child to "stand" in the gap and be and advocate for the essential ingredient our country must retain to be free ~ namely the pursuit of a civil (free and fair) debates in the pursuit of Truth.

In the course we will:

1.  Discuss the 10 most commonly used fallacious argument structures and work on our ability to quickly identify and object to them.  In this fashion, your students will be able to defend themselves and their beliefs by creating sound arguments to support their position, and to also respectfully call out members on the other side of the debate who use logical fallacies in an attempt to defend their positions.

2.  Discuss the nature of the Civil Society, and the essential importance of our ability to generate fair, open, and honest debates ~ as a member of the Civil Society.  Recently an unhealthy characteristic has been recognized in the Millennial Generation's psyche.  The deficiency is their inability to cope with arguments they disagree with ~ and resort to hostility as a defense.  In fact, the term, "Snowflake" has been used by some to describe this group and their violent reactions to notions they disagree with.  Our aim here will be to stamp out the notion that hostility is an acceptable reaction when debating someone you disagree with.

3.  Focus on the importance of identifying and adhering to Truth (regardless of our preferences).  Consider the notion of the physical universe.  It does not matter where in the universe you take a gallon of water.  It will boil at 212 degrees and freeze at 32 degrees Fahrenheit.  We may have a desire for water to boil at 30 degrees, but that does not change Truth.  Our aim is to encourage students to identify and adhere to Truth in every venue we find it.

4.  Consider the notion that no one can insult you without your permission, and that disagreements are always capable of resolution when all participants seek the Truth, and when both sides commit to employing valid argument structures.

5.  Consider common Logic Based Questions that frequently appear on the SAT and ACT tests.

All students will receive a copy of our proprietary "Introduction to Logic" course syllabus which is filled with numerous modern and historical examples of fallacious arguments arranged by category.  Also included in the syllabus will be a series of cases arranged on legitimate logical foundations and other cases which make heavy use of fallacious arguments ~ we will refer to these throughout the course.

All students will have an opportunity to "analyze" a case which is built on fallacious arguments.

All students will have an opportunity to "make" a case ~ using legitimate argument structures.

All students will have an opportunity to "defend" a position by identifying fallacious arguments presented by an opponent.

Course Location: The 4-hour course will be taught individually or in small groups, scheduled at times that are convenient for your student, and hosted at the local library in Lexington, SC.

Introduction to Logic and Critical Thinking

The course is designed for rising 8th graders and above ~ including adults.

The focus will be on the search for Truth.  We do not persuade regarding our personal beliefs, we simply analyze arguments for a given subject for merit and fallacy.

Our proprietary course syllabus is provided to each student as part of their enrollment fee. 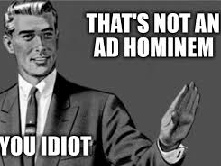 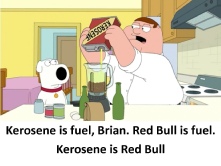 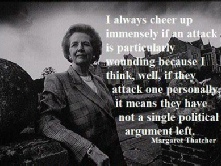 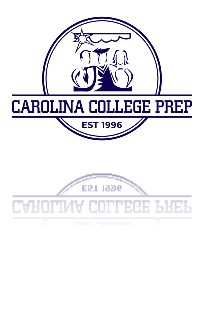